In June 2021, the ClimateActionWR collaborative released our community’s long-term strategy and short-term plan to reduce greenhouse gas emissions in Waterloo Region 80% below 2010 levels by 2050, with an interim community goal of a 50% reduction by 2030. ClimateActionWR works collaboratively with local organizations, community members, and all eight Waterloo region municipalities to transition our community to an equitable, prosperous, resilient, low carbon future and achieve our ‘80by50’ and ‘50by30’ goals. This work is done in accordance with the Paris Agreement and Canada’s pledge to reach net-zero by 2050. Read the TransformWR strategy here.

As we work towards our goals, it is important to also take time to celebrate the great accomplishments that have already been achieved. Throughout the past few years there have been many success stories that deserve to be highlighted. The “Township Success Series” is meant for us to reflect and celebrate these local projects within Waterloo Region’s Townships.

Humanity’s understanding of electricity has come a long way since 2,350 B.C.E., when a popular theory from Greek philosopher, Empedocles, suggested that the heat of the sun caused clouds to catch fire and that lightning was bursts of flame escaping from the burning clouds. In fairness, Empedocles didn’t have the knowledge of the troposphere that we have now, or our understanding of atmospheric circulation. 2,371 years ago, burning clouds was a reasonably solid theory to explain why flashes of fire burst forth from the sky when it was gloomy outside. The phenomena of lightning, and the study of electricity, would go on to change the way the human race works, communicates, and travels the world. It would, however, take quite a while. 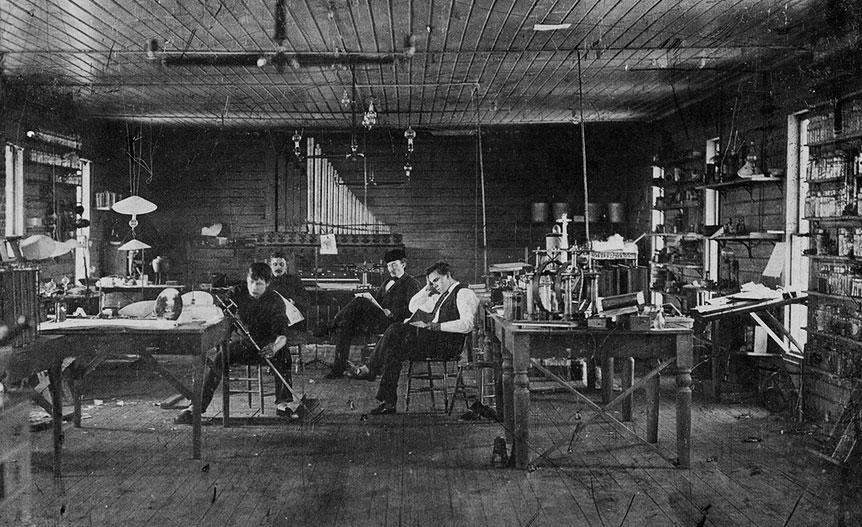 Studies of electricity continued over the centuries, but the industrial revolution transformed electricity from something found only in nature to a convenience of everyday life. Until the 19th century, people lit their homes with fires, candles, and oil lamps. However, unattended fires and candles could lead to infernos that destroyed city blocks, and oil lamps had a reputation for exploding with little warning, making reading before bed extremely hazardous. Electric lighting was a revolution that let people safely work and study at any hour of the day. Electric light became more common in homes throughout the 19th century, with electric street lights making their first appearances in North America in the 1870s. By the onset of World War I, movements to conserve electricity had already begun to circulate to reduce fuel use from electric lighting. 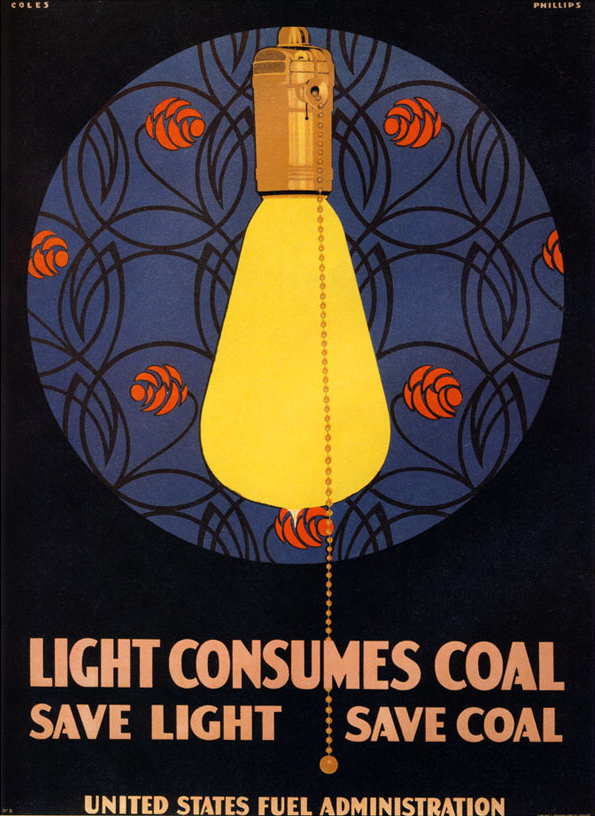 WHICH BRINGS US TO WELLESLEY

Wellesley, a township of 11,500 people located in the northwest Waterloo region, is made up of several villages, including Wellesley, Linwood, St. Clements, and Hawkesville. First surveyed in 1864 and incorporated as part of Waterloo region in 1853, Wellesley took a keen interest in electric lighting as early as 1900. The Wellesley Maple Leaf newsletter exclaimed that lawn bowling games could stretch well into the evening thanks to the electric light supplied by the local mill in 1906. This was the same year that the Wellesley Roller Mill surged ahead with electric light, supplying “125 incandescent lights of 16-candle power” to residents and offering to go further and sign a contract for “500 or more lights”. A hundred and fifteen years later, a new electrical revolution is underway in Wellesley under the guiding light of sustainability. With a plan to convert all Township facilities to LED lighting by 2030, Wellesley aims to reduce its energy usage and commit to a sustainable future.

The LED revolution that Wellesley is partaking in marks a major shift in how we light our streets, homes, and businesses; although at first glance, it doesn’t seem as thrilling or dramatic as the original introduction of electric lights. I mean, new light bulbs? Why is that exciting? But the rise of the Light Emitting Diode (commonly known as an LED) marks a new chapter of energy efficiency in lighting design that can drastically cut down energy usage. Compared to an incandescent light bulb, an LED light uses 50% less electricity, while their flat surface allows directional lighting instead of radiant lighting, which significantly reduces heat and light loss from LEDs compared to fluorescent and incandescent light bulbs.

LEDs emit very little heat compared to older bulbs and can last 3-5 times longer than a fluorescent bulb and 30 times longer than an old-fashioned incandescent bulb. LEDs also function best in cold temperatures, which is a bonus in Canadian winters. LED lighting is a natural fit for any community that is striving to be more sustainable. Which brings us back to Wellesley…

WHAT WELLESLEY HAS & WILL ACHIEVE

Wellesley’s LED retrofit has already made substantial progress. Over the last eight years, the majority of the Township’s arenas, parking lots, and municipal buildings have been switched over to LED lighting. Each replaced light will use roughly one-fifth of the electricity an older bulb would use every year, which adds up across the entire Township, ultimately creating a significant reduction in Wellesley’s electricity usage. Electricity savings also contribute to reducing greenhouse gas emissions by reducing overall energy demand. While Ontario mostly relies on non-greenhouse gas-emitting sources for electricity generation, 6.3% of Ontario’s electricity was generated from natural gas in 2020, which does create greenhouse gas emissions. Reducing and conserving electricity is key to moderating overall energy demands, to ensure non-emitting energy sources can continue to provide the vast majority of electricity for Ontario.

The Wellesley Arena. According to Township officials, arena and parking lot lights in Wellesley have been replaced with LED lights. Photo Credit: https://observerxtra.com/2021/06/17/wellesley-rec-complex-project-gets-16-million-boost-from-the-province/

The remaining non-LED lights operated by the Township are expected to be replaced within the next five to six years, comfortably ahead of Wellesley’s original 2030 goal for having all lights replaced. But Wellesley’s LED retrofit mission is about more than saving energy and promoting sustainability. It is a lesson that any township with determination and the know-how to make a difference can be a community leader to other towns and cities who want to follow the path to a sustainable and equitable future. While it may sound slightly grandiose to say “Wellesley is lighting the way” in LED adoption, that is what Wellesley is doing in a real, practical sense. So a big thank you to both the community leaders and the boots on the ground in Wellesley for lighting the way forward.

Get our Monthly Community Action Report

Stay up to date on progress towards our goal